By Ascot Vale Natural Therapies in Recipe with 0 Comments

We have a put a different spin on the apple crumble this summer.  We have used cherries that are now in season and taken out the refined sugar and butter for a healthier but still delightful topping!

Pit cherries and place in pot with cinnamon, orange juice and zest.  Simmer until cherries are nice and soft.

In a bowl, add all ingredients for the crumble, get into it with your hands and mix until well combined.

Transfer cherries into ovenproof dish and cover with crumble topping.

Bake in over for 20 minutes or until crumble is browned.

* Gluten free option – use quinoa flakes instead of oats 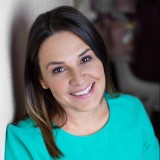 Our team of experienced practitioners are dedicated to your health. We want you to Get Well --> Stay Well --> Be Well.

This site uses Akismet to reduce spam. Learn how your comment data is processed.